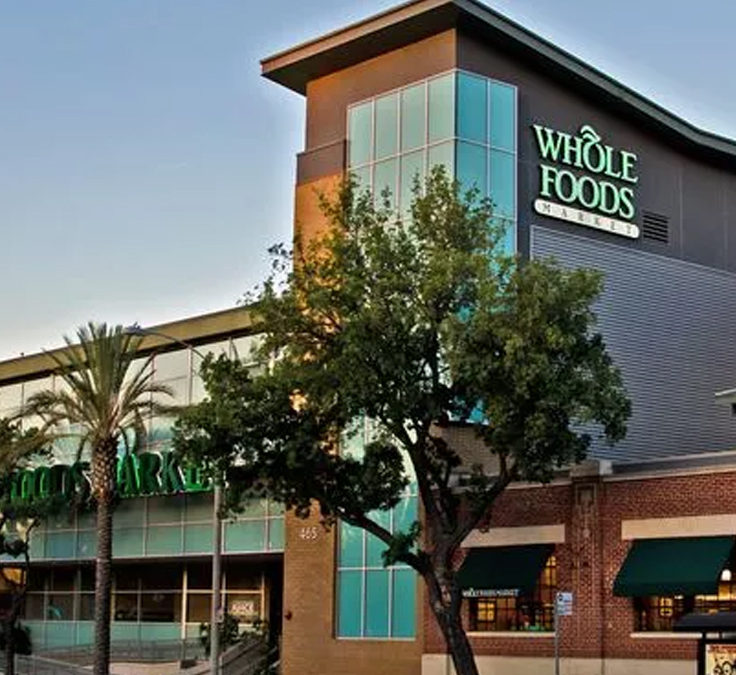 Developers and local officials came together to celebrate the start of construction of a new retail center during a groundbreaking ceremony on Thursday.

The 140,000 square foot Daniel’s Marketplace will sit at the northwest corner of Daniels Parkway and Six Mile Cypress Parkway which was previously occupied by a driving range. The project is being spearheaded
by Atlanta-based developer S.J. Collins Enterprises and will be anchored by a 45,000 square foot Whole Foods Market grocery store and pizza restaurant chain Mellow Mushroom.

Jeff Garrison, a partner with Collins Enterprises, said that he expects the finished retail center to feature another 3 to 4 major tenants with stores over 10,000 square feet as well as more than 30 smaller boutique
shops and restaurants.

With a retail development of that size disruption of surrounding residence is always a concern, especially when the center will be adjacent to the Brookshire housing development. Garrison said that the first
thing that will be constructed on the property will be a large lake that will serve as a buffer between Brookshire and the bustle of the retail center. He stressed the importance of working with the area’s residents.

“This is a big project for us,” said Garrison. “We have been working with the neighborhood, with community groups and council members alike and we feel like the finished product is going to be just great.”

Garrison also praised local leaders for working with the developer throughout the two-year permitting process.

“I think the business community here is thriving because the city and the county are working with those business leaders like us.”

County Commissioner Cecil Pendergrass, who was also on hand for the groundbreaking, said the additional retail presence would have a positive financial impact
on the area and that residents were excited to have access to upscale options like Whole Foods.

“It will be a great asset here in south Lee County coming off of Daniels Parkway. The Whole Foods, the whole Daniels Marketplace, it’s a very exciting time here. The residents are looking forward to being consumers again and going to Whole Foods next year.”

The project is expected to be completed prior to the end of 2018.