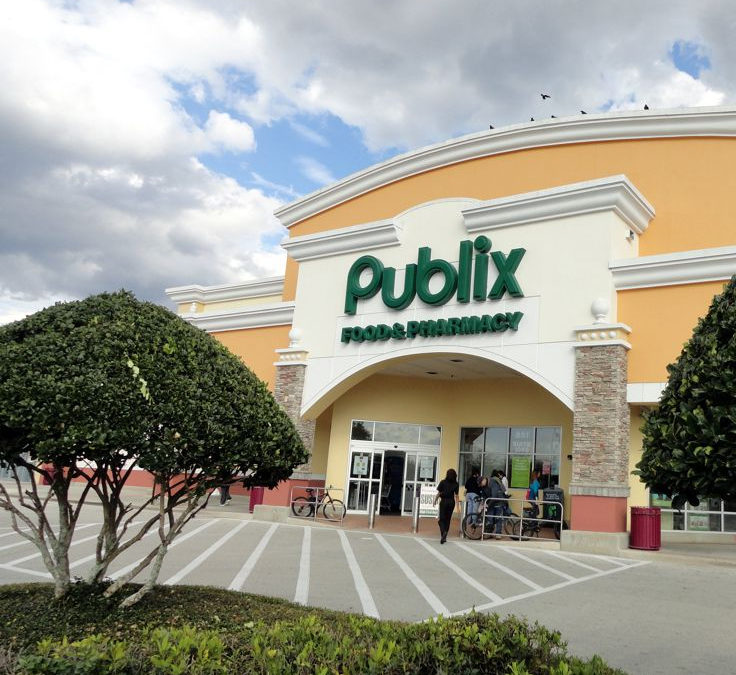 A new Publix grocery store will open in Lee County — across from Gateway — at the end of the month.

It’s part of a growth boom in that area led by more rooftops and more jobs from employers such as Gartner Inc.

The Publix, which has a drive-thru pharmacy, is scheduled to open Thursday, June 29, in the new Sky Walk Shopping Center at Daniels and Paul J. Doherty parkways. Publix Liquor, next door, is also expected to
open that day.

“We’ve got the CO (certificate of occupancy) on the Publix box and they’re in there working on stocking shelves,” said Craig Kopko, vice president, retail, for North American Properties.

A peek inside Friday revealed shelving, cash registers and cardboard boxes. As customers walk inside, the floral area, bakery and deli are to the right, with checkout lines to the left.

Brian West, a Publix spokesman, said there will be a grand opening starting at 7 a.m. June 29.

“All the hiring is complete,” West wrote in an email. “The new associates are already being trained at surrounding stores, but the vast majority of the new associates for this location will transfer from the
surrounding stores, with most of the new hires filling those transfer vacancies. This allows us to best continue to grow and perpetuate our culture of customer service.”

Other tenants to occupy the Publix-anchored building: Allstate, Fashion Fresh Dry Cleaners and China Fusion, with Tropical Smoothie Café on the end. That building is fully leased.

Tenants in the other building, closest to the street: Nail Lounge and Hair Cuttery, with Moe’s Southwest Grill and Dunkin’ Donuts on the corners closest to Daniels Parkway.

Tropical Smoothie Cafe will have an outside patio with a covered awning. Moe’s Southwest Grill will offer outdoor seating and Dunkin’ Donuts will have outside seating and a drive-thru. Expect some of these businesses
to open by August.

“Because a lot of them have permits, they’ll start their build outs starting at the end of the month, most of them,” Kopko said.

The three units that have not been leased are in negotiations or being evaluated by business owners. The parking lot features larger than standard spaces and LED lighting.

“On the outside, we tried to mirror it as much as we could to JetBlue Park, including the shell block.”

JetBlue Park, spring training home of the Boston Red Sox, is just down the street. Gartner, a growing global tech consultancy based in Stamford, Connecticut, is across Daniels Parkway from the new plaza.

Dave Kolodziej of Malcolmson Construction was general contractor on the Sky Walk project.

“We built it,” he said. “We started in November. It was a great experience and it’s great to finish on time.”

Pendergrass sees it as an underserved area that will also benefit Lehigh Acres.

“People won’t have to drive so far” to get to these offerings, he said, and “it’s going to create jobs.”

The shopping center sits on land owned by the Lee County Airport Authority.

Skyplex has 300 acres of non-airport land rezoned for commercial uses.